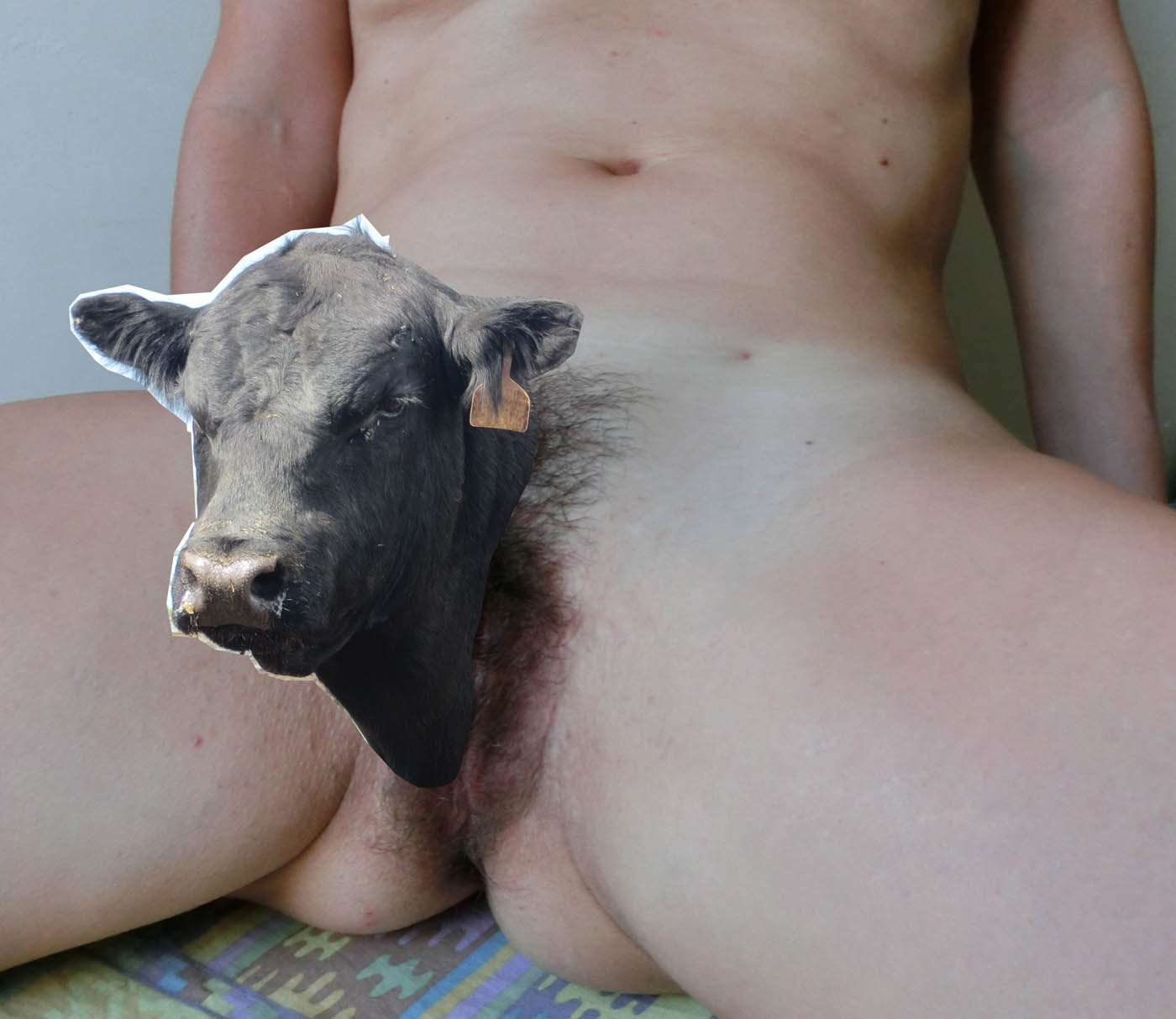 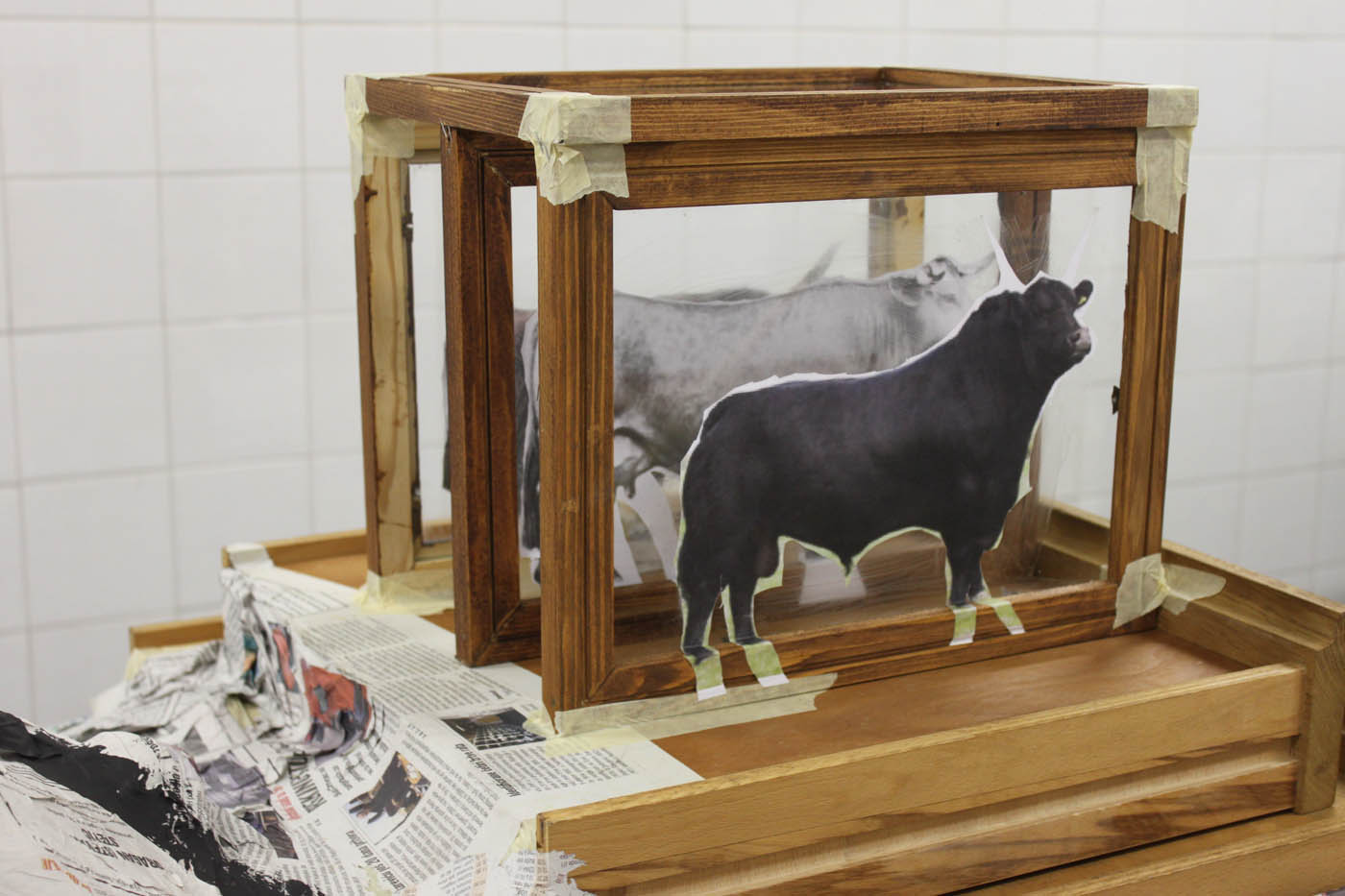 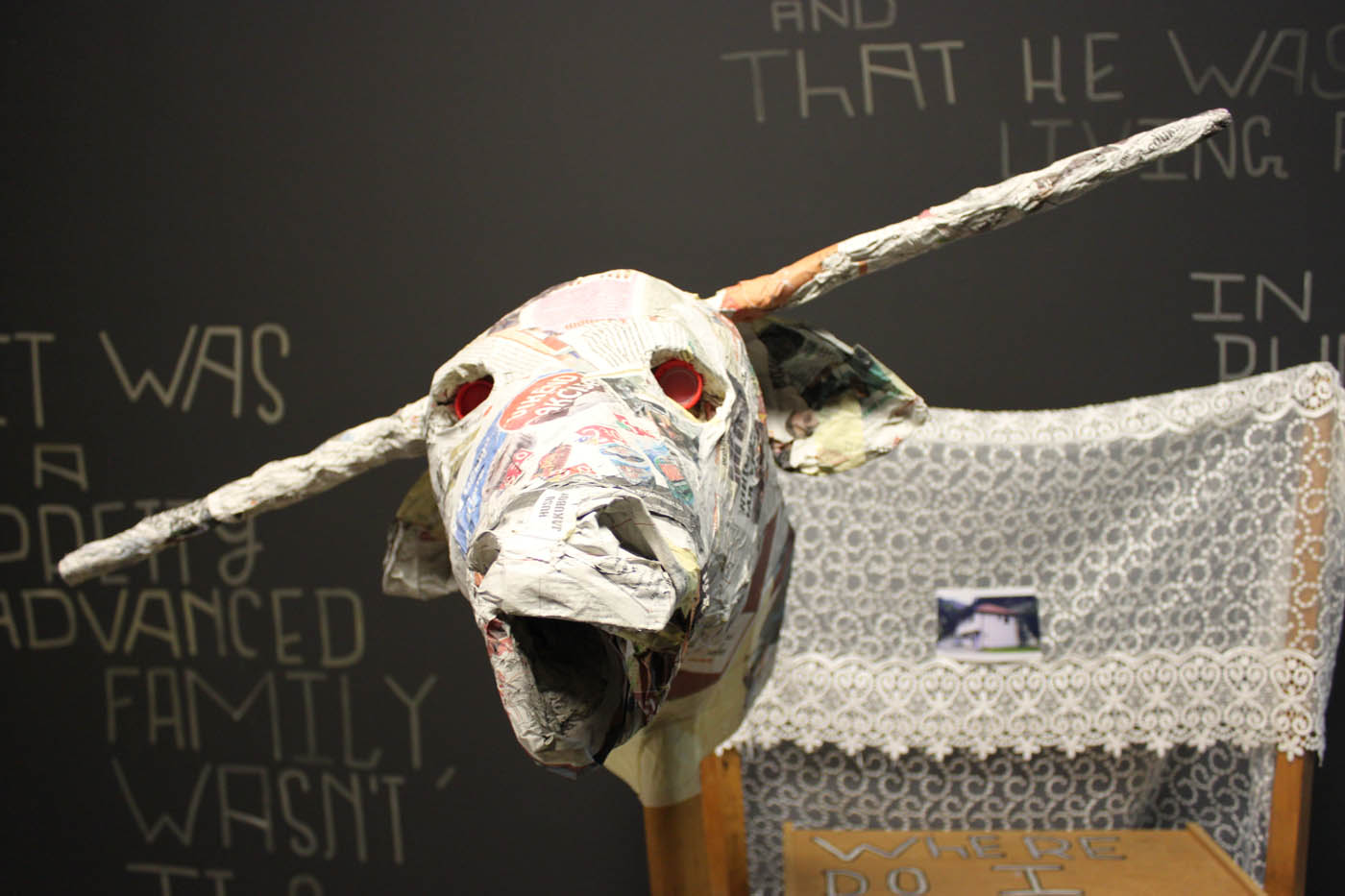 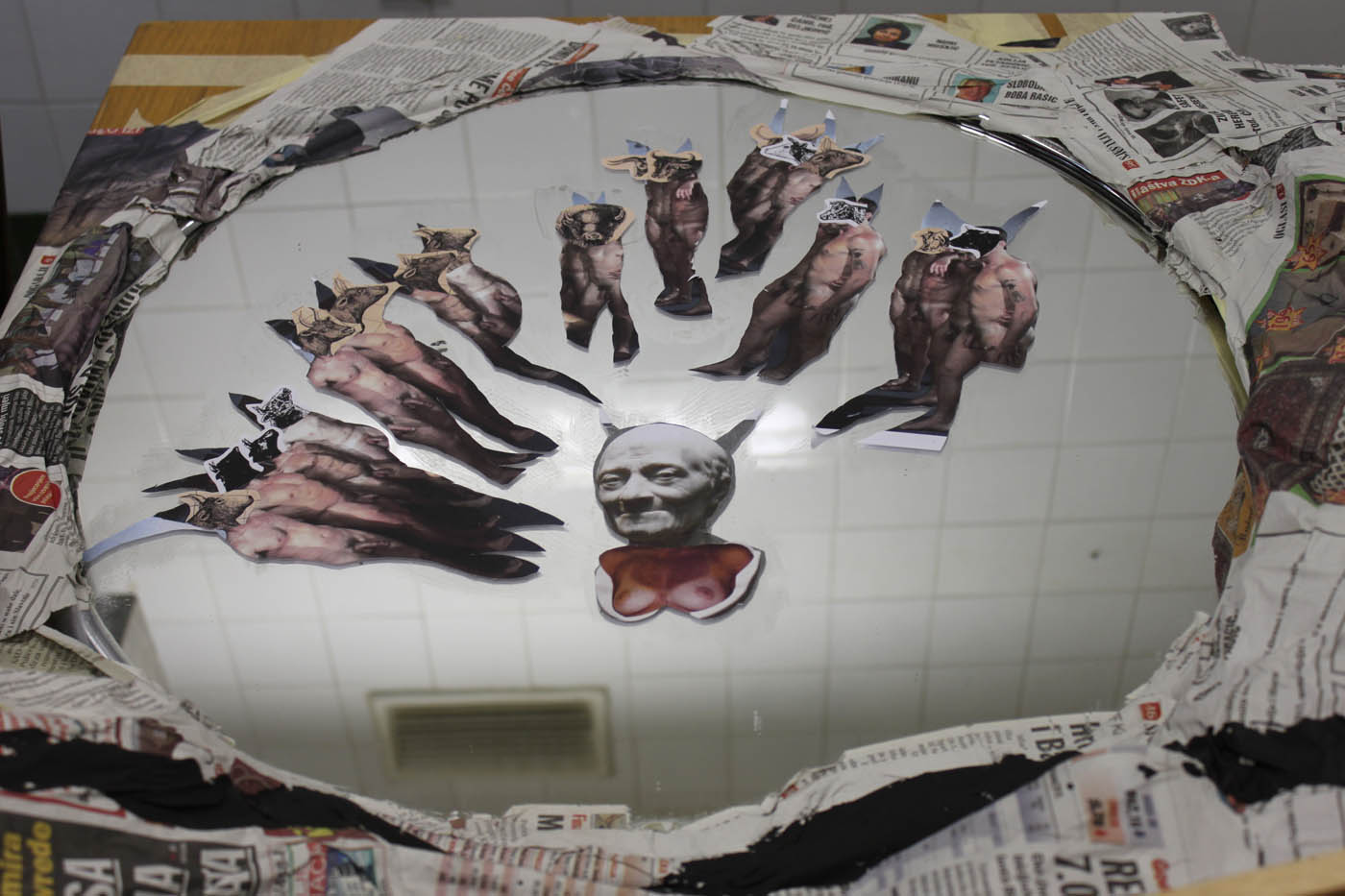 Dear heart, where does this mine lead? The burlesque museum, vol. 2

There was definitely one – a queer, half-animal, half-human body that would finally liberate the world and bring down capitalism and inequality. A pretty simple task, right?

We know s/he exists for real, although generations of resistantes have tried their hardest to define her/his nature. Many say – this rapture/creature is a secret child of Tito, while others claim that “the one” was rather one of the legendary three escapees from the Labin Republic’s defeat, who had gone underground to prepare a new revolt. In another version, he is one of the last miners of Raša, who evaded the new capitalist era which invade the area after the last war.

There are many historical and material/spiritual contradictions, some evidence, and some obsessions in this new total installation by Oleynikov. In his own punk way, he follows the tradition of romantic conceptualism while reclaiming the industrial past of Istria and its emancipatory workers’ heritage, approaching archaeology as a way of being faithful to history and at the same time building up alternative mythologies.

Nikolay Oleynikov (1976) is an artist based in St. Petersburg, a member of Chto Delat, the editor of the Chto Delat newspaper, a member of the editorial board of the Moscow Art Magazine (2011), a co-founder of the Learning Film Group, of the May Congress of Creative Workers (Moscow 2009-2011), and a member of the Arkady Kots band. Since 2013, Oleynikov is proud to be a tutor at the Chto Delat School of engaged art. He received the Henkel Art Award in 2011. Since 2016, Oleynikov is an author and editor of arteseverywhere.ca