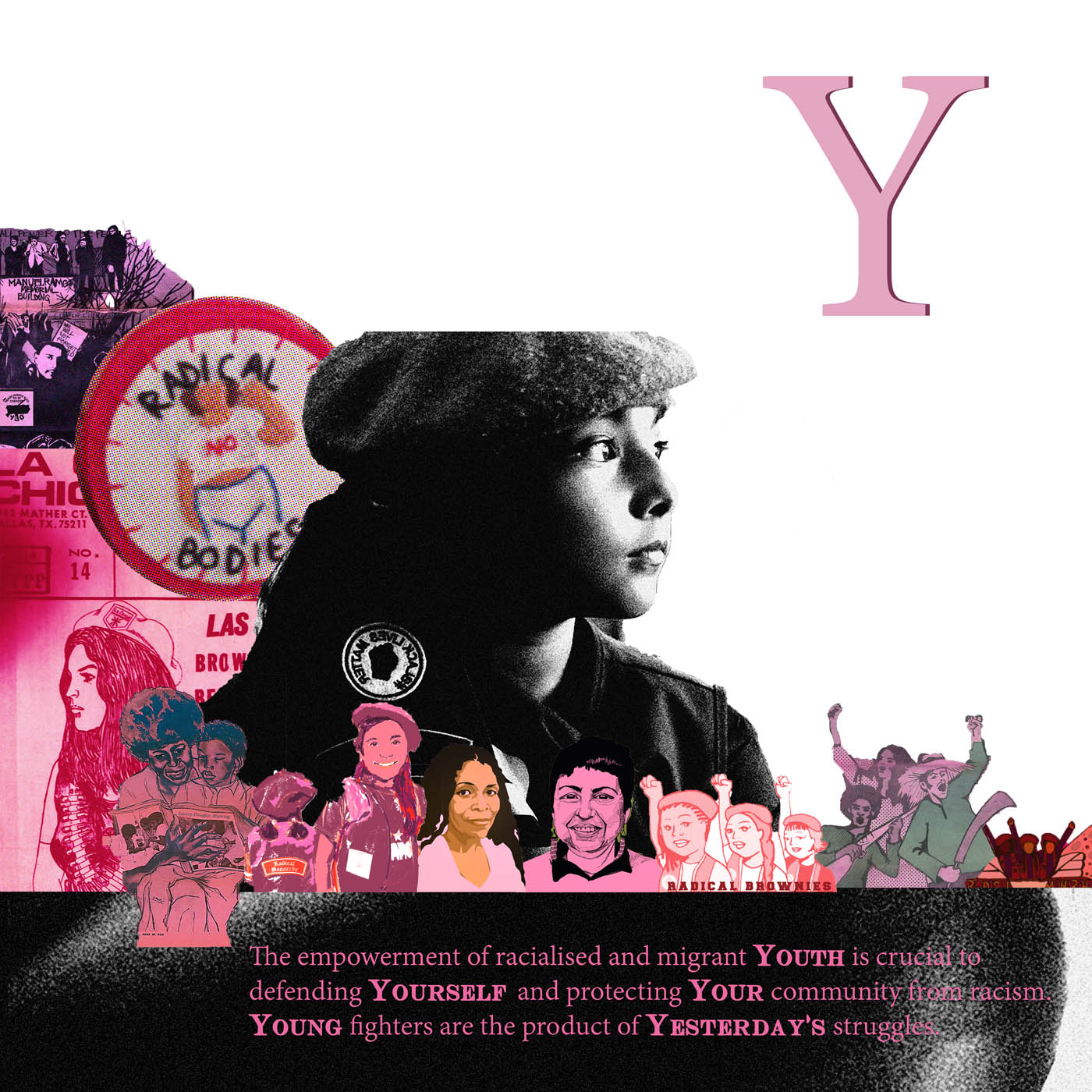 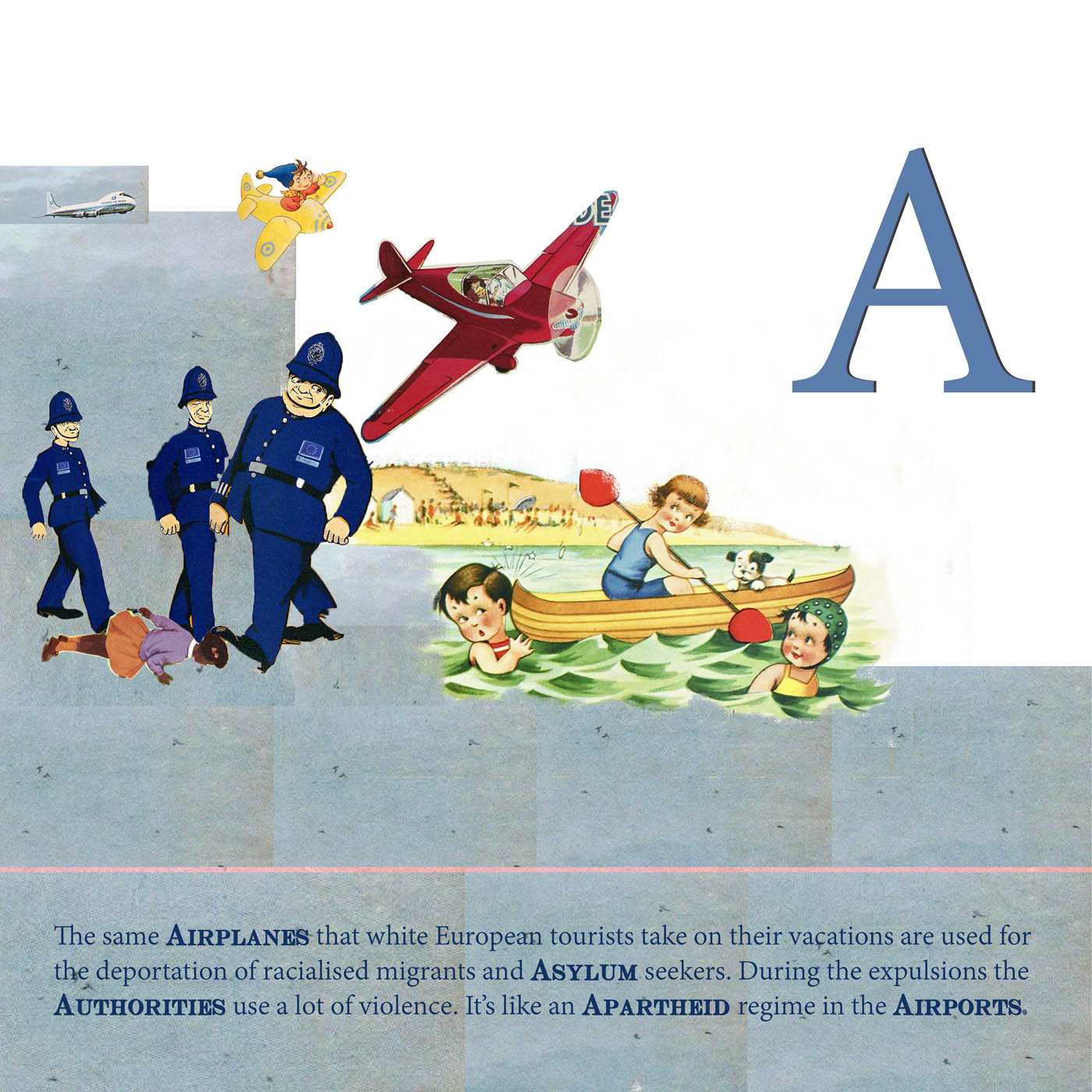 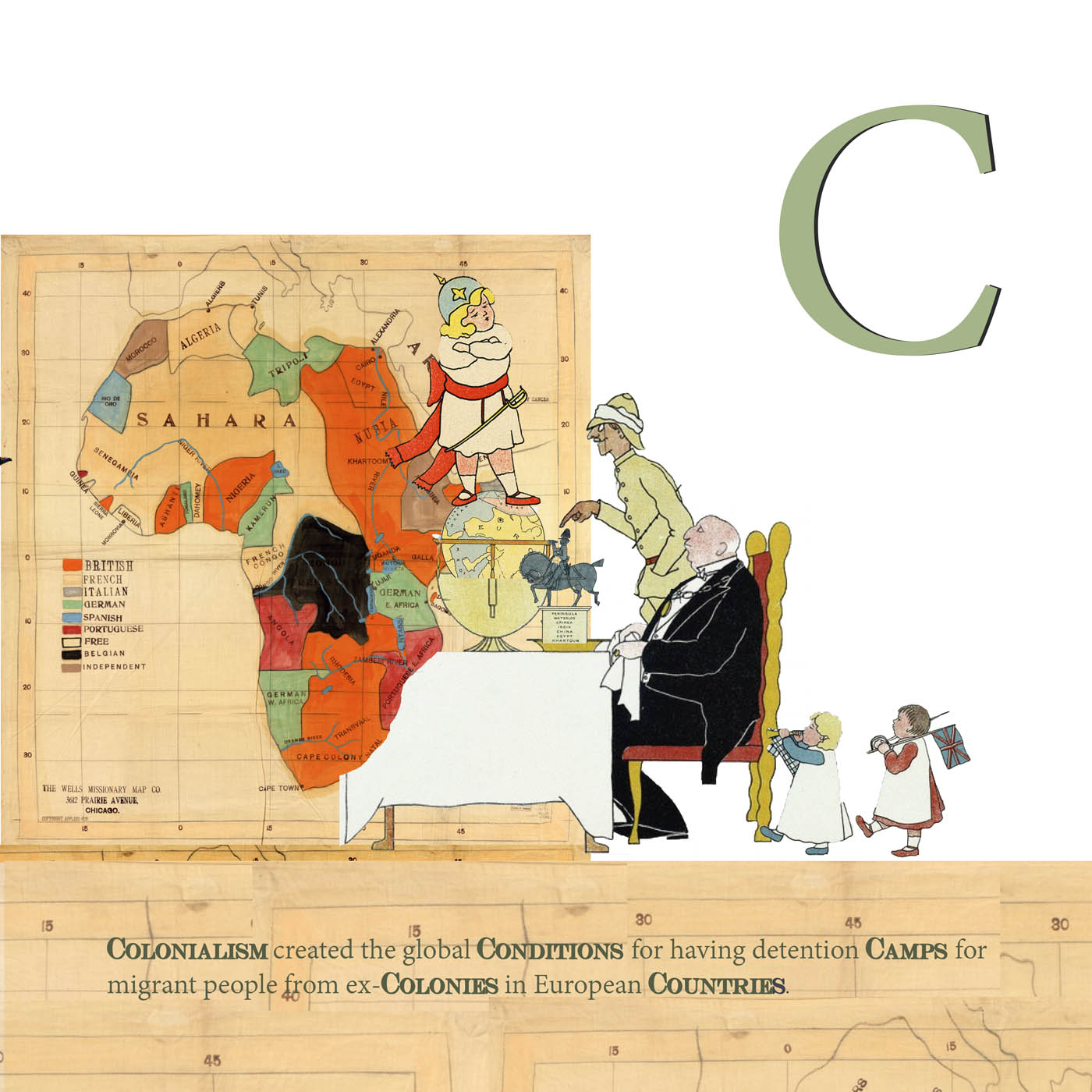 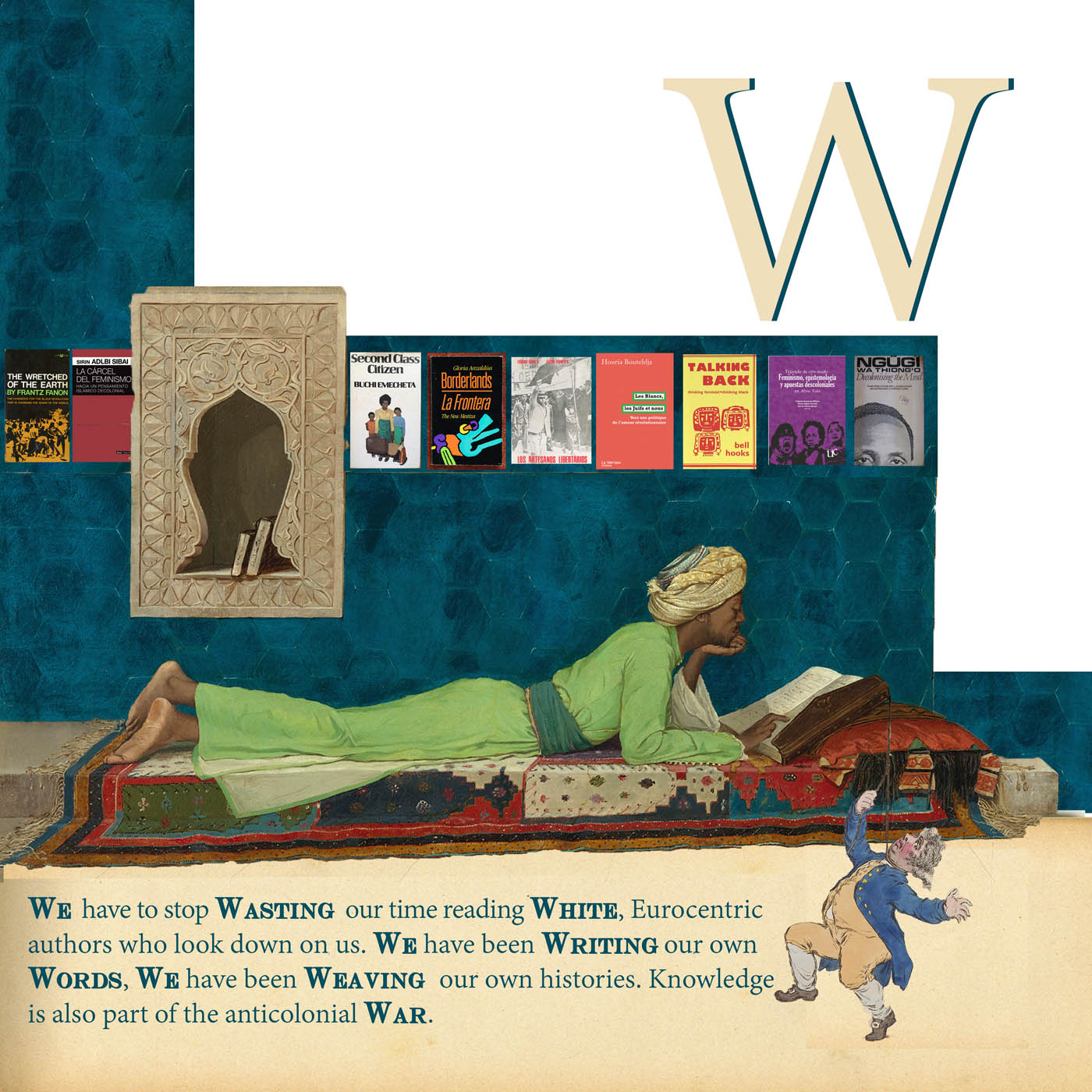 The ABC of Racist Europe

The works of Daniela Ortiz explore the notions of race, class, nationality, gender and civil rights policy, analysing social behaviour as structures that are based on inclusion and exclusion. In recent years, many of her projects have sparked collaborations with migrants and asylum seekers, and explored the consequences of migrations that the author also faced when she came from Peru to Spain. The picture book The ABC of Racist Europe uses collage, images and text to deal with words relating to the European system of migration control and colonial racism. Different terms are described from an anti-colonial and anti-racist perspective in a critical discussion of eurocentrism. For example, the letter P denotes “paper”, which refers to “a rectangular piece of white material on which one writes or prints”, as well as “a document that enables migrants in Europe to avoid being forcefully deported for a certain period of time”.

Daniela Ortiz was born in 1985 in Cusco, Peru, and she lives and works in Barcelona.

Through her work she aims to generate visual narratives in which the concepts of nationality, racialization, social class and genre are explored in order to critically understand structures of colonial, patriarchal and capitalist power. Her recent projects and research revolve around the European migratory control system, its links to colonialism and the legal structures created by institutions in order to inflict violence on racialized communities. She has also produced projects concerned with the Peruvian upper class and its exploitative relationship with domestic workers. Recently, her artistic practice has returned to visual and manual work, developing art pieces using ceramics and collages, and using formats such as children’s books in order to distance herself from Eurocentric conceptual art aesthetics.

Besides her artistic practice she gives talks, workshops, undertakes investigations and participates in discussions on Europe’s migratory control system and its ties to coloniality in different contexts.